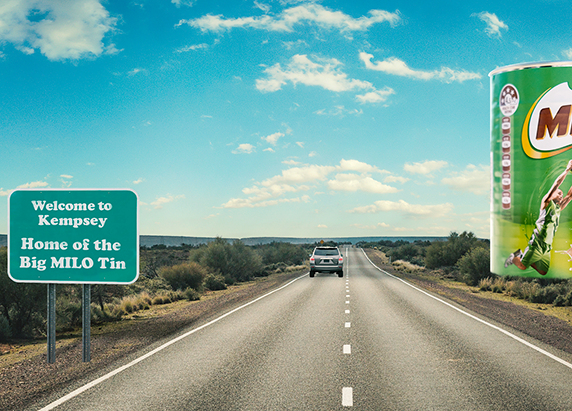 The calls of thousands of Milo fans have been answered, with the announcement from one of Australia’s most-loved brands that the ‘Big Milo Tin’ is on its way.

In mere days, more than 80,000 Australians threw their support behind a call for of a ‘Big Milo Tin’ to celebrate the childhood favourite, with fans flooding social media in support of the idea:
• “Totally should! One of the great Aussie things, besides footy”
• “I think this should be the new Aussie icon. Put it on the $100 bill as well!”
• “Where do I sign? And how much is my kidney worth…? Need to fund this project!”
• “Absolutely!!! Grew up with Milo and now my boys are doing the same! Childhood wouldn’t have been the same without it!

Milo fans will be called upon to help decide where the ‘Big Milo Tin’ will be – with locations in and around Smithtown, the home of Milo, the popular call.

Nestlé Factory Manager, Mat Oram, said: “We’ve been blown away by the level of support for the ‘Big Milo Tin’. What started as a fun idea has quickly grown into something much bigger, and we’re delighted to give something back to Milo fans and celebrate the rich 83-year Australian heritage of the Milo brand.

“With the history of Milo deeply rooted in Smithtown, it will be wonderful to share this celebration with the local community and put this great town on the map.”

The ‘Big Milo Tin’ will be launched in 2019 to coincide with the 85th birthday of Milo.

Milo fans will be invited to have their say on the development of the ‘Big Milo Tin’ throughout 2018 and can keep up to date with its progress on the Milo Facebook page.