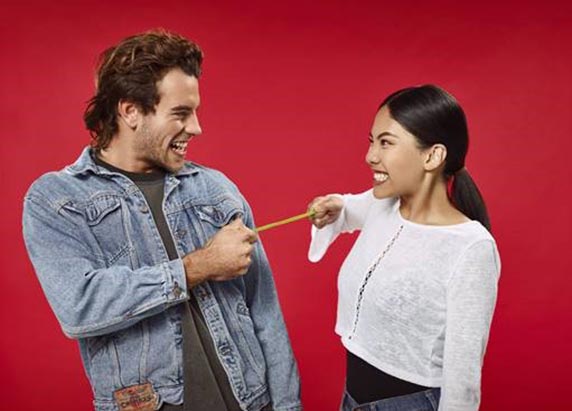 Australia is a nation divided into sweet tribes of stretchers, biters, splitters and nibblers according to the first ever Allen’s Lolly Lovers Index*, which has delved into the most loved, weird and wacky ways locals enjoy their favourite lollies.

Conducted country-wide, the research found that super popular Snakes separate the nation into clans of biters (36%) and stretchers (34%), and also divide the sexes, with women (40%) choosing to stretch for maximum enjoyment, while men bite (31%).

When it comes to the different states, Victoria and Tasmania also believe Snakes are simply made for stretching (40%), in contrast to Western Australia which is has biggest crowd of biters – 48% taking the head off first. Queensland is home to a different group, with a fifth (19%) nibbling along the sweet’s length.

The findings uncovered two top ways to enjoy beloved Frogs – a third (34%) of people aiming for a ‘whole in one’ and eating them in one go, and another third (30%) going for a beheading bite. Strawberries & Cream lollies however bring a new tribe to light, with a fifth (20%) of the nation declaring they are splitters – preferring to bite the strawberry part off first.

While almost half of Aussies (45%) can’t resist devouring Jelly Babies one by one, New South Wales and the ACT have a mean streak – the most likely to behead them first (27%).

“Looking at the more out-there ways Aussies like to eat their sweets, dipping into tea, putting them in the blender, and melting them into a delicious goo definitely stood out. Chilling Snakes in the fridge, chopping them into bitesize pieces and racing a loved one to the middle from both ends also came through as wacky suggestions. The passion of lolly lovers clearly knows no bounds,” said Mr Brown.

Despite these confessions, the study revealed that the majority of Australians keep quiet about their favourite ways to eat their sweets, with only four in ten (42%) claiming to be loud and proud of their rituals.

“We knew that our fans were an opinionated bunch but with this new research, we have given voice to a whole nation of lolly lovers. Not only are we passionate about the types of lollies we love, but also about the ways we eat them!

“Research^ shows that when people have a personal sweet ritual, it may actually enhance their enjoyment, so we are encouraging all Aussies to simply get out there and go for gold – whether you stretch, bite, mix, squish, dip, nibble, twist or tie,” he said.

So how do you eat your lollies? Have your say in the great lolly debate via the Allen’s Facebook page or tag @allenslollies, #allenslollies, #eachtotheirallens