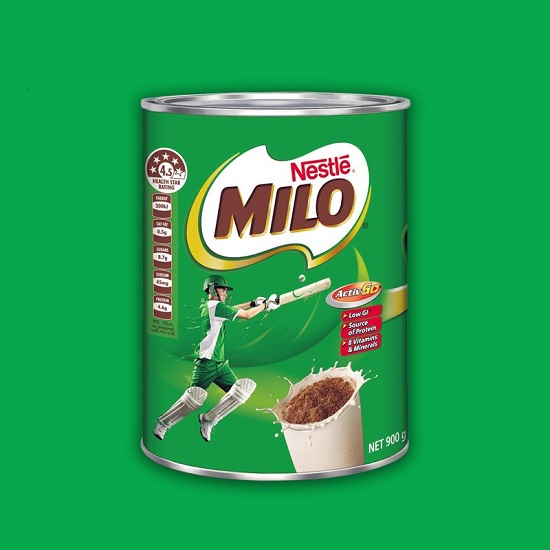 Nestlé has chosen to remove the HSR from packs of Milo powder in Australia and New Zealand pending the outcome of the government review of the HSR system.

The move affects only Milo powder, while other Milo branded products including Milo ready-to drink UHT will retain the HSR.

The company remains committed to the HSR system, with the HSR currently appearing on more than 300 Nestlé packs in Australia and 180 in New Zealand.

What is the Health Star Rating system?
The HSR system was developed by the Australian and New Zealand government in collaboration with stakeholders, as a simple front of pack system to help shoppers compare products in the same category in store.

The system assesses the overall nutritional profile of packaged food and assigns it a rating from ½ a star to 5 stars.

You can read more about the Health Star Rating on the Australian government’s HSR website.

You can read more about how the HSR is calculated on the Australian government’s HSR website.

What is the correct HSR for Milo powder?
The HSR of 4.5 stars on packs of Milo powder is correct, and in line with:
• the food regulation governing Milo as a Formulated Supplementary Food,
• the requirements of the Health Star Rating System,
• the Australian Dietary Guidelines and New Zealand Eating and Activity Guidelines which advocate lower fat milk for people over the age of two; and
• Nestlé’s desire to encourage our products to be consumed in the healthiest way possible.

This HSR is similar to competitor products.

We think the HSR system is basically very good, and is helping people to compare products in the same category in store. Confusion about how the HSR is calculated on Milo is a distraction from the strengths of the system, so to uphold the system, we are taking the HSR off the pack while the system is being reviewed by the government.

For Milo powder, this means that the HSR is applied on Milo powder mixed with milk.

For the shopper, this means that they can compare Milo powder with products that are sold ready to drink, such as Milo Ready-to-Drink UHT packs and make an easy at-a-glance comparison.

You can read more about the form of the food on the Australian government’s HSR website.

Is the removal of the HSR from Milo powder permanent?
At the time the HSR system was created, the government committed to review the scheme once it had been in place for five years. That review is currently underway.

Nestlé has removed the HSR from Milo powder pending the outcome of the government’s review.

Does Nestlé support the HSR system?
The system, which was developed collaboratively by the government with the input of many stakeholders, is fundamentally sound, scientifically robust and compares well with front of pack labelling systems in other countries.

It’s encouraging to see a growing body of evidence showing that the HSR is delivering on its key objectives. Crucially, it’s guiding shoppers who are comparing packaged foods within a category in store, and encouraging packaged food manufacturers to improve the nutritional content of their products, resulting in broader improvements across the food industry.

Nestlé was one of the first companies to commit to use the Health Star Rating. Today we have it over 300 of our packs in Australia, and 180 in New Zealand.