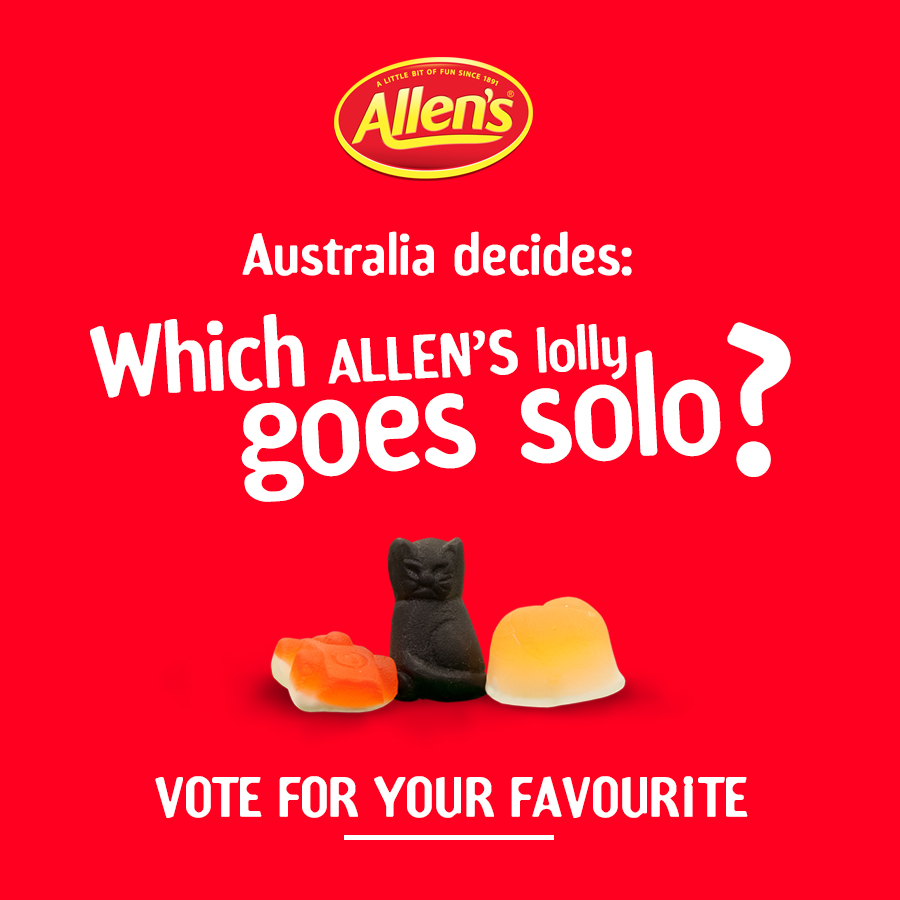 Like Beyoncé, Justin Timberlake and Robbie Williams, some of us are just destined to go solo!

Following calls from fans of ALLEN’S lollies, a shortlist of three iconic lollies will go head-to-head in a public vote to determine which will be the breakout star to appear in its own solo pack.

Three favourites from ALLEN’S mixed packs – Peaches & Cream, Racing Cars and Black Cats – will battle it out over the next two weeks to determine one delicious champion.

Australia’s favourite will be announced on February 10, with its own individual pack available exclusively in Woolworths from late March.
The move follows ALLEN’S Pineapples popular breakout move into its own bag last year.

Nestlé General Manager Confectionery Martin Brown said that the ALLEN’S team has had repeated requests since from lolly lovers for other lollies to go into individual packs.

“Australians constantly show us how passionate they are about ALLEN’S lollies and their feedback helps us create the lollies they love,” Mr Brown said.

“What more democratic way to decide between them than to put it to a public vote?”.

The online ‘Australia Decides’ vote is now available at www.nestlepromotions.com.au/ALLENS-go-solo-vote and will run until Friday 5th February, 5pm AEST.