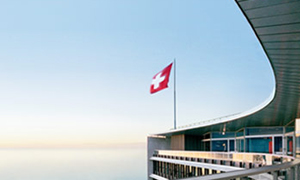 Paul Bulcke, Nestlé CEO: “In 2012 we delivered on our commitment: a good, broad-based performance building upon the profitable growth achieved consistently over previous years. All our businesses, both in developed and in emerging markets contributed. Our nutrition, health and wellness agenda continued to bring enhanced benefits for consumers, greater brand differentiation in the market place and increased value for shareholders. With creativity and innovation, our people laid the foundations for future growth. We increased the support behind our brands. We further strengthened our global R&D network with new facilities in India and China. We developed new capabilities for Nestlé Health Science and acquired Wyeth Nutrition. We invested responsibly and sustainably, expanding our manufacturing footprint, while continuing to reduce the environmental impact of our business. Despite the many challenges 2013 will no doubt bring, we expect to deliver the Nestlé Model of organic growth between 5% and 6% as well as an improved margin and underlying earnings per share in constant currencies.”

Board proposals to the Annual General Meeting

At the Annual General Meeting on 11 April 2013, the Board of Directors will propose an increase in the dividend to CHF 2.05 per share. The last trading day with entitlement to receive the dividend is 12 April 2013. The net dividend will be payable as from 18 April 2013. Shareholders who are on record in the share register with voting rights on 4 April 2013 at 12:00 noon (CEST) will be entitled to exercise their voting rights.

The Board will propose the re-elections of Peter Brabeck-Letmathe, Steven G. Hoch, Titia de Lange and Jean-Pierre Roth as directors, each for a further term of three years. The Board will also propose the election of Eva Cheng. Ms. Cheng is the former Corporate Executive Vice President responsible for Greater China and Southeast Asia Region of Amway Corporation, a U.S. based global consumer product company. André Kudelski has reached the end of his third term and is not standing for re-election. The Board wishes to thank him for his service over the past twelve years which was highly appreciated.

The environment looks to be every bit as challenging in 2013 as it was in 2012. But 2013 will again provide opportunities to leverage our competitive advantages, deliver on our growth opportunities and benefit from our drive for continuous improvement across the Group. We expect, therefore, to deliver the Nestlé Model once again in 2013: organic growth between 5% and 6% together with an improved trading operating profit margin and underlying earnings per share in constant currency, as well as improvement in our capital efficiency.