The nutritious goodness of oats, in the palm of your hand 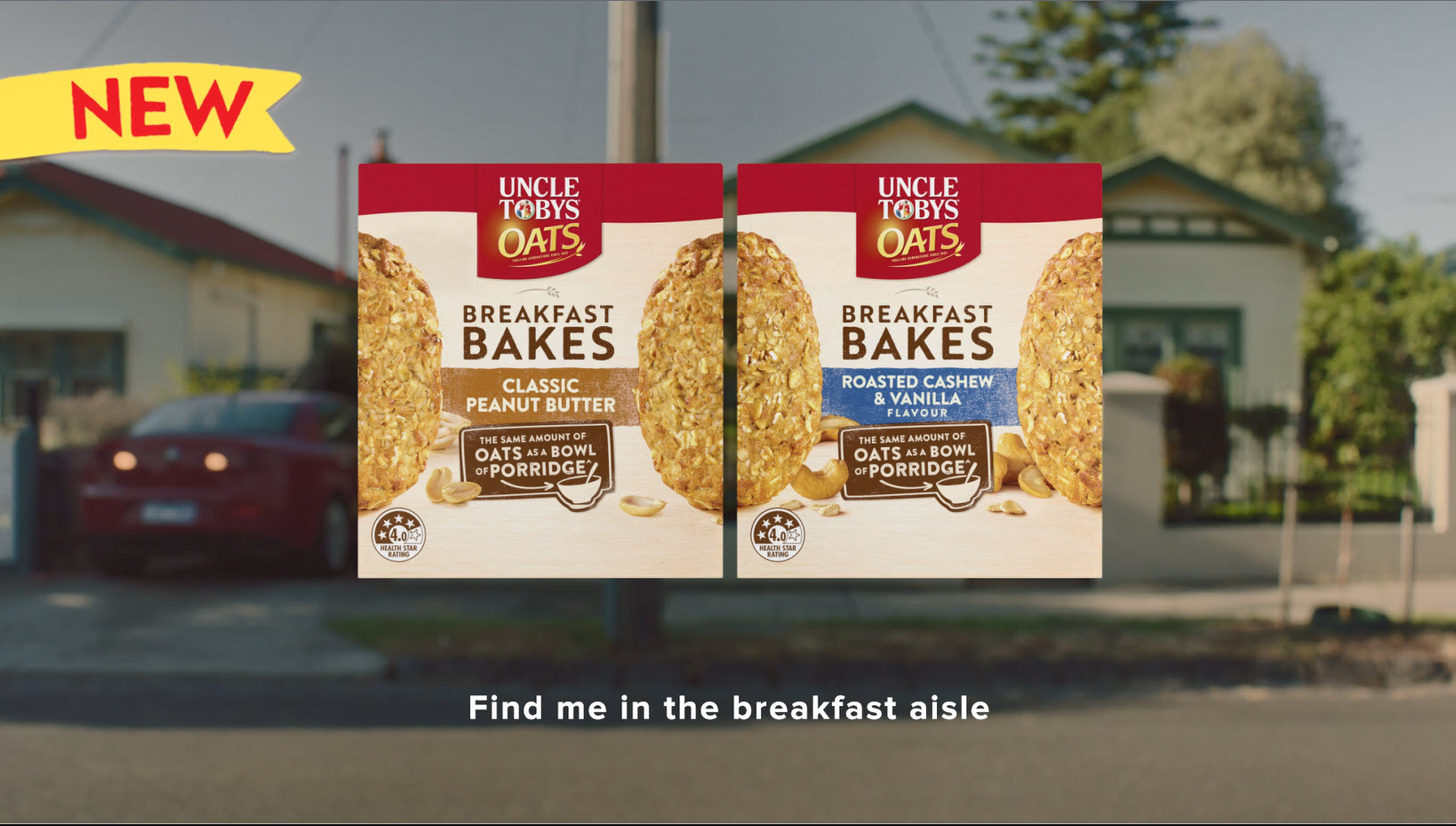 Uncle Tobys ambassador and nutritionist Kathleen Alleaume says, “Our busy lives don’t always allow us the time to sit down to enjoy our breakfast, but if we don’t, we often find ourselves grazing on unhealthy snacks throughout the day.”

“A satisfying bite that fits into the palm of your hand, Uncle Tobys Oats Breakfast Bakes have the same amount of oats as a bowl of porridge1. Breakfast Bakes are an excellent source of whole grains and are Low GI which means they help provide longer lasting energy2.”

Research from 2019 revealed consuming whole grains at breakfast may help you to crave less added and natural sugars, refined grains, and unhealthy snacks throughout the day3.

“The Uncle Tobys Oats Breakfast Bake is perfect for busy families on the run, as it is a source of protein and is high in fibre to support a healthy digestive system2.”