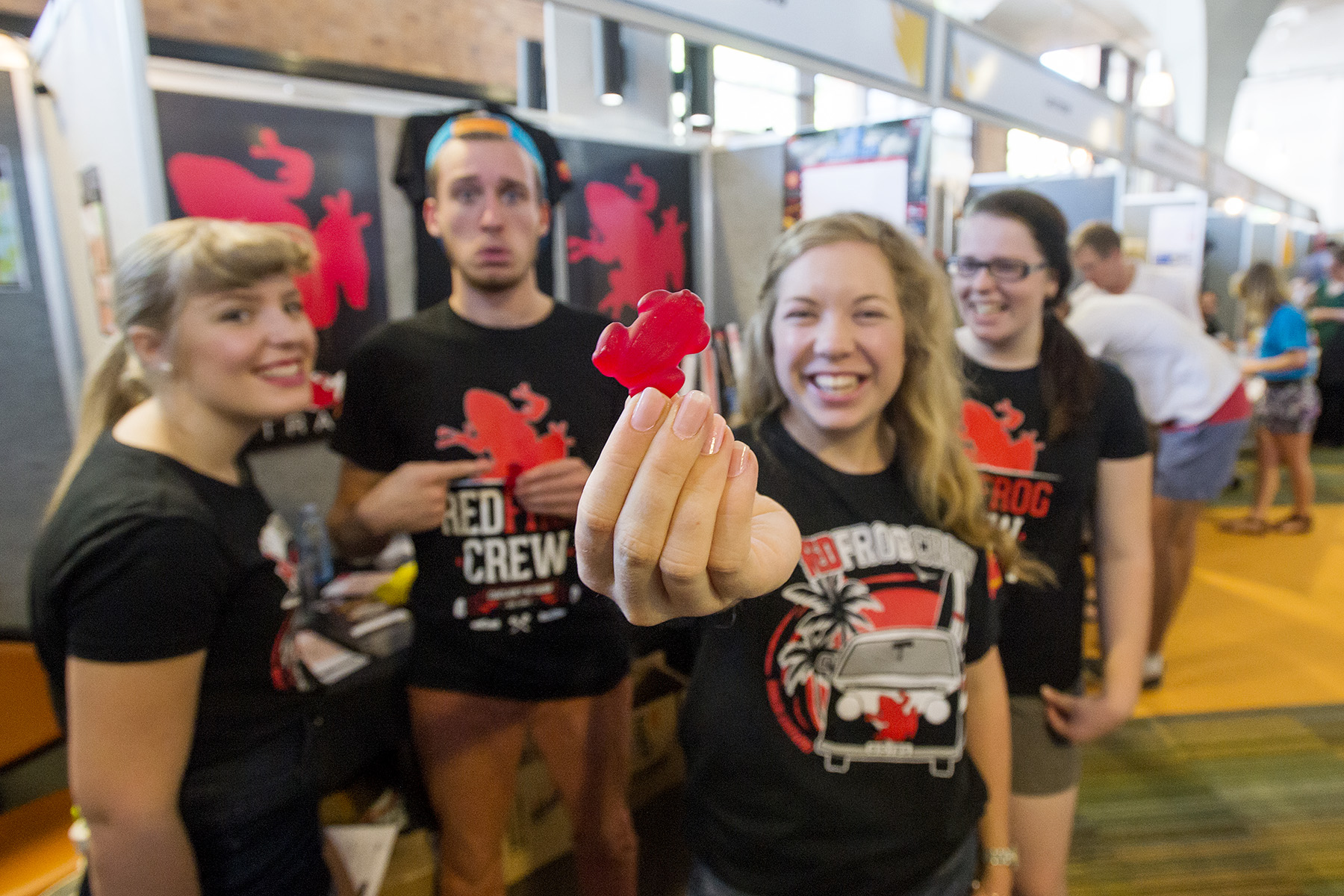 Thousands of teenagers are expected to celebrate the end of their school days this weekend at the start of the annual Schoolies Week on the Gold Coast.

Nestlé donated 20 tonnes of Allen’s Red Frogs to Red Frogs Australia this year, an organisation that helps teens stay safe at youth events around Australia such as Schoolies Week.

Red Frogs Australia is a support network for young people aged between 15 and 25 that provide a positive peer presence at these often alcohol fueled events.

Nestlé increased its donation from 16 tonnes in 2014 to 20 tonnes this year to the Red Frogs Crew who use the little Red Frogs as ice breakers.

Red Frog’s Australia founder and youth worker, Andy Gourley stumbled across Allen’s Red Frogs almost two decades ago when he was struggling to find ways to access Schoolies Week parties to make sure kids were staying out of trouble.

“After a few nights of meeting Schoolies, I went down to the corner store and randomly chose a bag of Allen’s Red Frogs Alive to use as ice breakers when first arriving at parties,” he said.

“In our first year we handed out 80kg of them, but now the network has grown so much it will be 20 tonnes at Schoolies and at various events throughout the year.”

Nearly two decades later, Red Frogs Australia has increased its volunteers from just four to an army of more than 1700 with its network spreading to countries such as Canada, United States, Poland, Germany, South Africa, Fiji, Great Britain and Indonesia.

As well as supporting 75,000 school leavers, Red Frogs Australia volunteers can be seen helping young people at music festivals and Orientation weeks in every major university throughout the nation as well as dozens around the world.