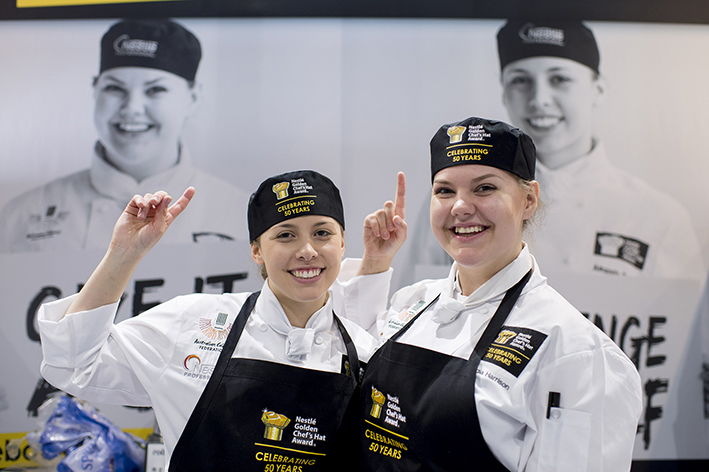 Two young chefs from the ACT were just crowned the National winners of the 2015 Nestlé Golden Chefs Hat Award in Sydney.

Team ACT battled it out in the kitchen delivering some impressive dishes, proving to be in a league of their own with two silver medals – and in a competition first, a flawless 100 point gold with distinction medal winning dessert, earning them a once-in-a-lifetime food safari experience to South Africa.

During the national final, chefs had to create a three course meal in four hours that needed to impress the judging panel which included international chefs as well as chefs from Nestlé and the Australian Culinary Foundation.

Australian Culinary Foundation Competition Director, Deb Foreman, said this year’s final was one of the best the competition had seen.

“From an unprecedented number of entrants to the highest award medal ever, this year’s competition has set a new benchmark.”